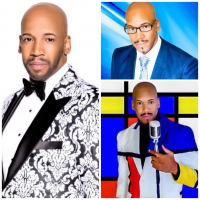 This AMAZING Vocalist will put on a show that should not be missed!

He has been a professional vocalist and entertainer in the gay community for over 25 years and currently travels the country as a featured entertainer.  He is also working with songwriters and producers to produce an upcoming CD of original material to be released in the near future.

Antonio currently performs a weekly show at Georgie’s Alibi and The Pub in Wilton Manors and is also the Music Director at his church, The Center for Spiritual Living in Fort Lauderdale.
Antonio is also no stranger to competition and is a 5 time National Title Holder having held the titles of Mr. Gay America 1998, Mr. Gay USA Unlimited 2001, Mr. Continental 2005, Mr. Florida 2017/18 and All American Gent 2019.
Check him out on Facebook: https://www.facebook.com/mrantonioedwards or     Instagram at https://www.instagram.com/antoniomusicfll